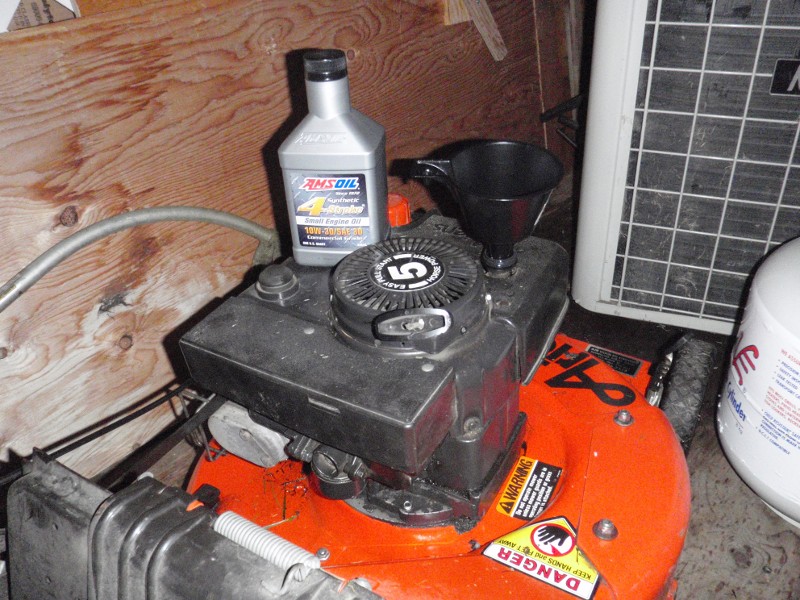 This was a great time to put in some AMSOIL 10W-30/SAE 30 Synthetic Small Engine Oil.

On the first pour it seemed to flow a lot easier than the Troy-bilt SAE 30 oil I was using previously even though both are labelled as SAE 30. Synthetics are a bit tricky in that they don’t thin as much due to more stable and uniform oil molecules so they flow well when cold and protect even better when warm compared to mineral oils. You can only view the cold pouring while your crankcase gets to see the protection at high operating temperatures. We’ll see how the ASE handles a season in the mower.

As for the fuel leak I’m hoping the new fuel line and carb rebuild will cure the issue. I’m not sure if the plastic elbow that is press-fit into the carb fuel inlet is leaking as well. That may be the culprit I noticed it as I was taking the carb apart for the rebuild. I have a rag on the deck soaking up whatever leaks out – hopefully it will be dry when I check it tomorrow after all that work!

One thought on “Ariens Leaking Fuel”